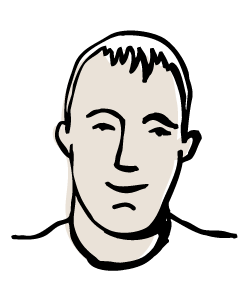 When you visit a high-end steak and seafood restaurant, you might choose any type of seafood as your appetizer. Shrimp cocktails, for example, are popular starters for patrons at steakhouses. When it comes to your main course, however, there's a good chance that a big piece of red meat will be the focal point on your plate — and you want to handle it properly. You don't have to look too far when you're out at a restaurant to see a patron who doesn't know the proper way to proceed with his or her food, and you don't want to fall into this category. Here are some things that you shouldn't do with your steak at a high-end steakhouse, such as Cork and Barrel Chophouse and Spirits.

Don't Cut It Into Small Pieces

It might seem sensible to cut up your steak into bite-sized pieces once it arrives, and you'll still likely enjoy the meat if you do so. However, in addition to being an etiquette no-no, the meat won't be quite as tasty. The more that you cut into the meat, the more that it will lose moisture, and this means that by the time you've made all of your cuts, the meat will be sitting in a large pool of juices. The presence of the juices on the plate means that they're not in the meat itself, so each bite may be a little drier than it should be.

A good steak is often dry aged and has a desirable flavor of its own. At high-end steakhouses, chefs will commonly use salt and pepper but little else to season the steaks, preferring to let the taste of the meat be the star. The last thing that you want is to miss out on the flavor because you've doused your steak in a potent sauce. Don't make the mistake of asking for a side order of barbecue sauce. The server may give it to you but may be insulted when you ask for it as it may insinuate that the meat doesn't taste good and needs to be slathered in a sweet sauce.

Don't Go Against The Recommended Doneness

When you order certain types of steak, your server will commonly give you a recommended doneness that will allow you to enjoy the meat fully. You don't generally want to go against this recommendation, as it's based on what chefs feel is the best way for patrons to enjoy their products. For example, a piece of beef tenderloin is a tender cut of meat that many people enjoy medium-rare. Asking for such a cut to be cooked well-done would ruin the steak.